Adventures into the world of film

In November our house in West Wales was used as a location for a 4 part Channel 4 series.  The house was visually transformed into a Mediterranean Syrian home for this drama series. That, as you can imagine, was a surreal experience. I will do a more extensive blog about this when I have a moment but below are a couple of the photographs I took when it had stopped raining for a short time! 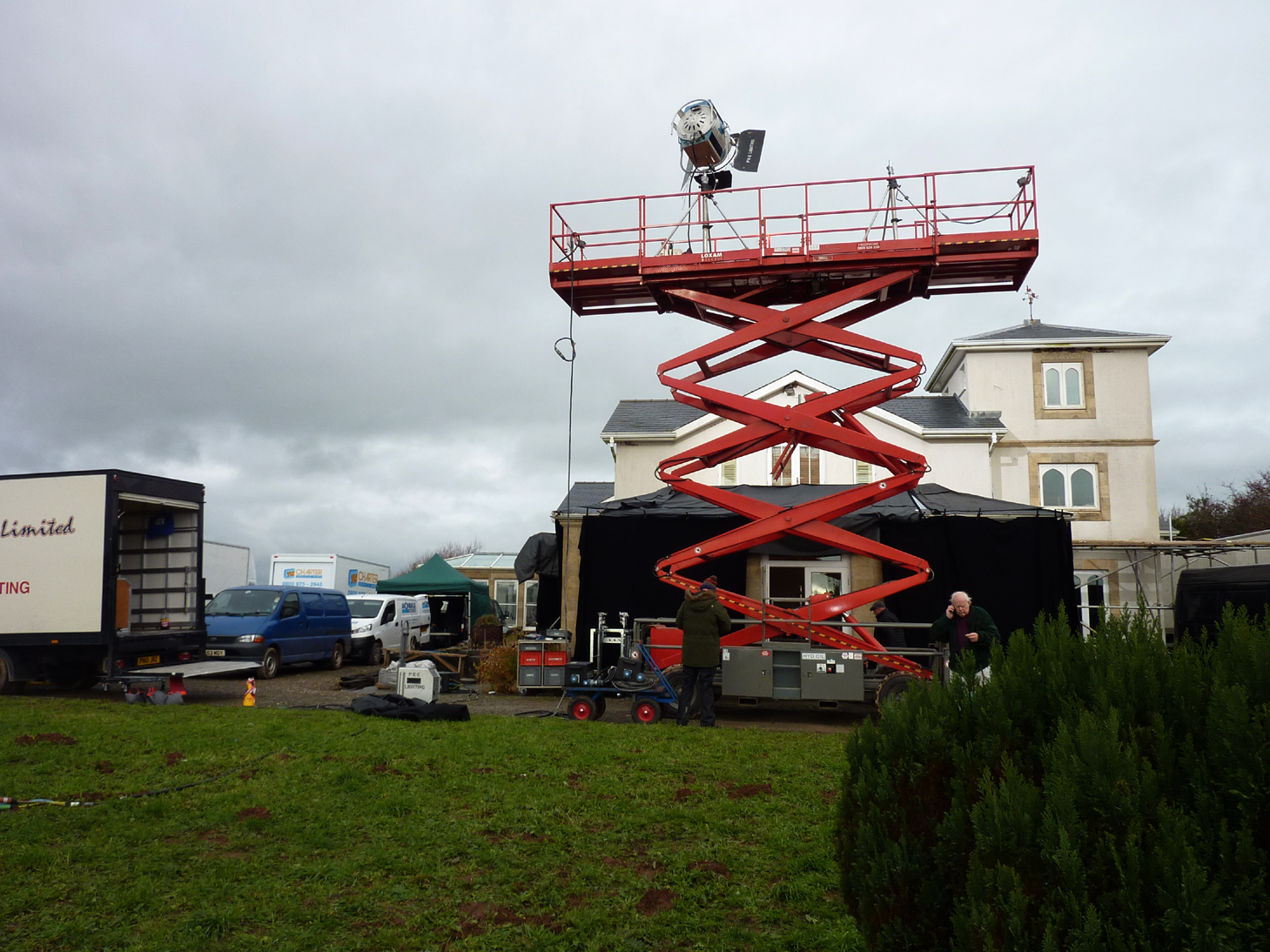 The complexity of the world of film

The whole house including the conservatory was shrouded in black for the night-time scenes and the artificial sunshine coming from an extraordinary contraption. 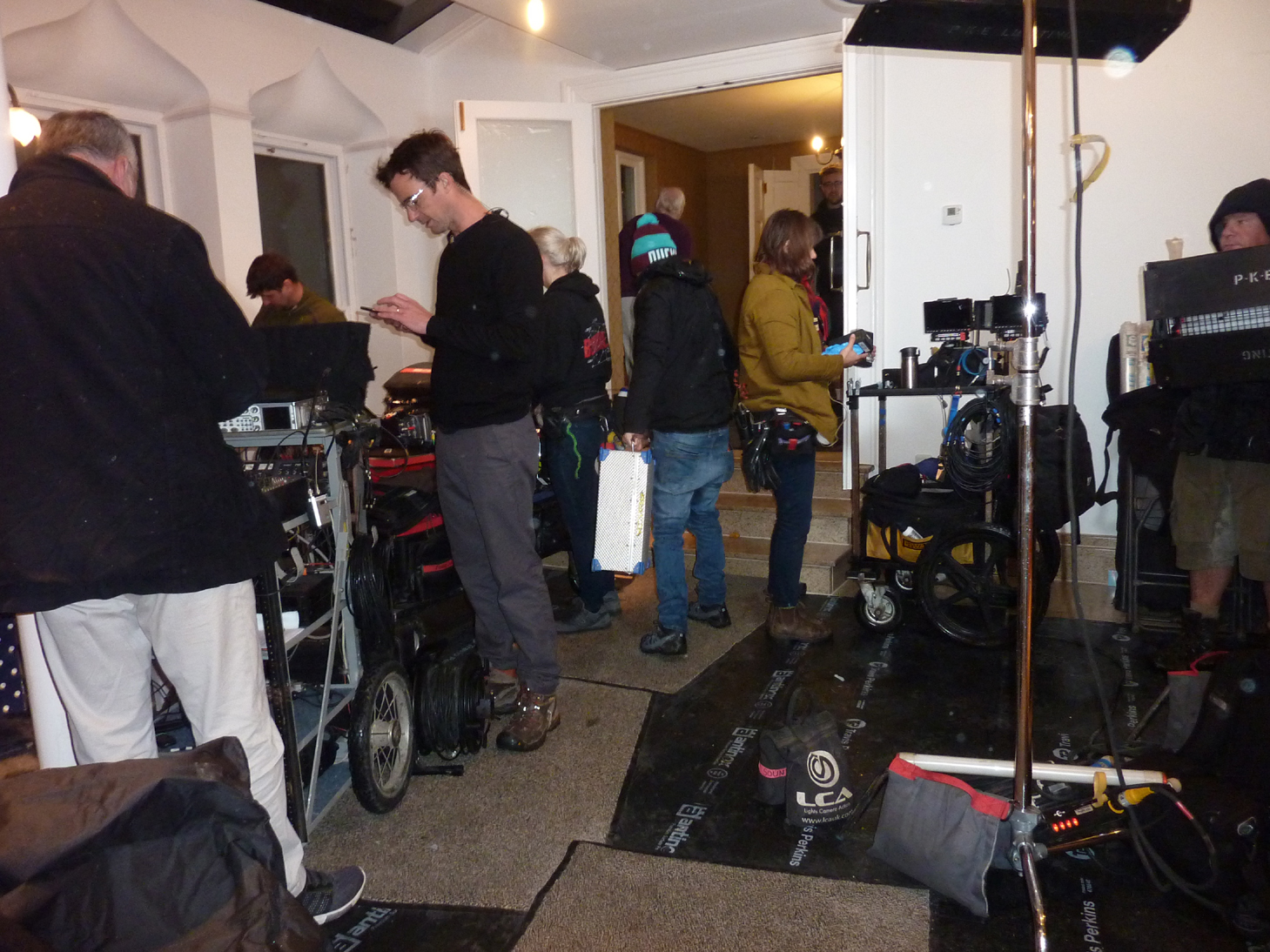 Our home completely taken over

Documentary about our story

We are really excited about what life continues to throw at us, giving us all sorts of unexpected challenges – the latest for us is that an Independent London based film company want to include us in a group of six documentaries about designers who have dressed the stars, people that are not generally known by the public.

Just before Christmas a team from this London film company came to the studios to talk about the idea of a documentary – this we found so flattering that they thought our story worth relating. Their plan is for a 6 part series featuring designers and clothes makers such as ourselves. They have almost completed the episode about an amazing bespoke designer/tailor Manuel Cuevas, who did incredible work like the famous white suit for Elvis Presley. Another very interesting designer to be featured is John Richmond – now that is someone that I had heard of, but I had no idea that he had such an exotic client base!

Link to the trailer about us:

Out of interest you might like to see the trailer about the designer of Elvis Presley’s white suit.

Link to the trailer about Manuel Cuevas:

I understand that it can take some time for an independent production company to raise the funding necessary to create such a series from the traditional sources of investment and Charles and I are keen to do what we can to assist them. I therefore wondered whether you, or in fact anyone you know, might be interested in participating in a ‘crowd-funding’ approach to funding the series and benifitting, of course, from the resultant profits when the series is sold?

All this is out of our world of knowledge/experience in that we are just the subject of the film. If anyone wants to know more then they need to chat to Steve Hawkins who is the master mind behind this project. Their plan is to market the series to BBC Arts or one of the online programs such as Netflix.

More stories to come up about our adventures in the world of film.

There are more exciting film projects in the wings – but nothing definite yet although they are giving me sleepless nights getting irrationally excited about it all.