It struck me a couple of years ago that she was being quietly supportive of our tiny, very low profile fashion design business here in Wales. She often visited Wales, it was the home of the biggest love in her life Richard Burton. How she found our clothes we will never now know – perhaps a personal shopper found them for her in one of the big stores in America such as Neiman Marcus, or Bergdorf Goodman – or maybe Liberty’s in London.

As the tributes come flooding in for this icon of the film world we are seeing even more of our clothes adorning this amazing woman, known for her beauty, her exotic life and her enormous support for charities. Her work for bringing AIDS to the public notice was phenomenal. Even when she was really poorly she attended these fund raising functions. 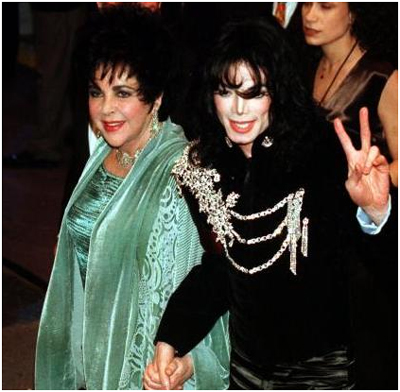 Miss Taylor and Michael Jackson at her 65th birthday party.

The feature refers to her as a ‘Fashion Icon’ – I am not sure if I would call her a fashion icon – not in the same way that Jacqueline Kennedy was a ‘leader’ of fashion. Elizabeth Taylor wore contemporary modern clothes when she was a young woman – her outstanding beauty enhanced by the very feminine clothes that she chose to wear. Many stars these days feel that they have to go completely naked to attract attention – Elizabeth Taylor just wore clothes that emphasised her natural sexy charms not feeling the need to expose them completely. 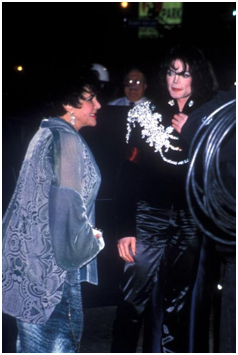 (I found this on the internet, but am not sure if it has been colour adjusted or if she changed during the party!)

She was a great ‘star’ – the last of an era of silver screen glamour that helped everyone forget the tumultuous traumas of the WWII and the constraints of the post war period. But what was truly amazing was that she continued to use her very high profile to help raise funds and awareness for her philanthropic work, despite her very serious health problems.

She seemed to allow herself to age naturally showing that a woman can and should continue to be seen as beautiful through every age. 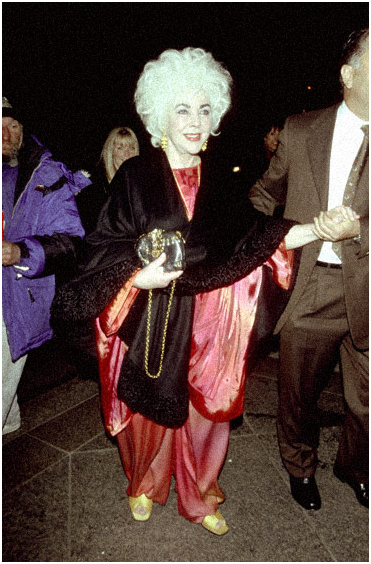 Elizabeth Taylor in 1999 at an AmfAR charity function. 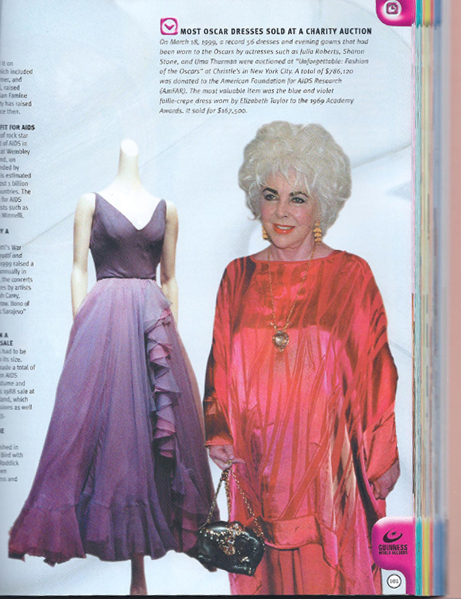 Dame Elizabeth Taylor in the Millennium Guiness Book of Records where her dress is featured that she wore to the 1969 Academy Awards that reached a record price of $167,000 at auction. 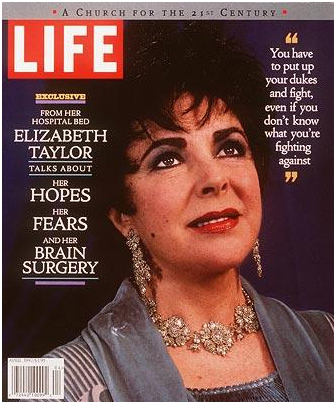