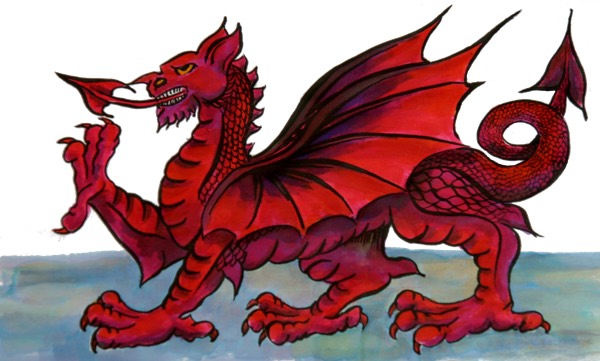 With St. David’s Day and Mother’s day in one week, I became curious about St. David’s mother. After a little investigating I find that sainthood ran in the family. St. Non is said to have fallen pregnant with David after ‘unwanted attentions’ from a nobleman. It is also believed that she gave birth on a cliff top in the midst of a violent storm and that the birth was so intense and traumatic that her fingers left marks on a rock that she was gripping on to at the time. At the moment of birth, a bolt of lightning struck the rock splitting it in two.

It sounds exhausting and makes me feel no wonder she was made a saint. Of course much can be attributed to the aggrandising and embellishing of the story as it was passed down through the centuries. Capel Non south of the city of St. David now marks the spot for anyone wanting to honour her contribution to Welsh history.

Some would say that all mothers deserve to be declared saints for their endurance and suffering – even if it doesn’t result in the heavens marking poignant moments in quite such a dramatic fashion. Others would no doubt argue that the children are far more worthy of saintly recognition for putting up with their mothers. What is in no doubt is that Mother’s Day is a date in our calendar that will always be special moment in the year for acknowledging this unique relationship.

Mother’s Day gifts are winging their way to their intended expressing that special bond that can only exist between a mother and child. Thankfully most of us have been lucky enough to enjoy a beautiful life changing experience that offers us an abundance of joy and fun. Much better than storm splitting rocks even if we did feel like we were being split in two at the time of giving birth. Judging by the special gifts that we often arrange to send to mothers, there are plenty who are adored for being who they are. 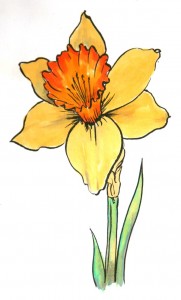 We love it too when mothers and daughters (sometimes grandmothers too) come and play dressing up together resulting in two or three generations going to an event dressed in Lester. It is not unusual too for us to dress the bride, the mother of the bride and grandmother for a wedding and because of the way that we bring designs together, all look sophisticated, elegant and timeless.  (No mutton dressed as lambs here!)

In honour of St. David’s Day (and working on some art work for my Arts Wales website) I did a little paint experiment of a slightly stylised Welsh Dragon (and a daffodil and a few other things) for some graphics I want to incorporate on the site. I am now wondering whether we have a Dragon Red in our collections somewhere. Please note – there is no intended reference to dragons when talking about mothers or mothers-in-law!

We love mothers in all shapes and forms!