It was not the first time that we had an urgent call from a costume designer when, out of the blue, there was a call from Tunisia from the costume designer Anne Hollowood.  She was desperate – the set had been flooded and they were on a tight schedule and could she have some costumes for an epic film production of The Ten Commandments.

We were told that the one actress was Claire Bloom, but the name of the lead female actress was not allowed to be divulged.  It turned out to be Padma Lakshmi who, at the time, was still married to Salman Rushdie. 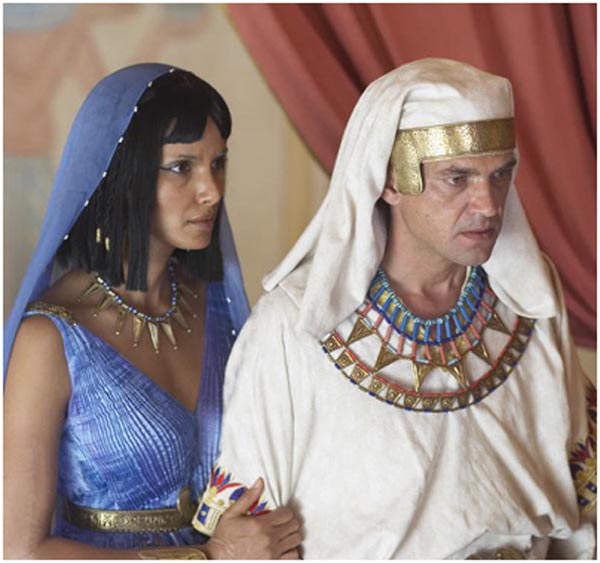